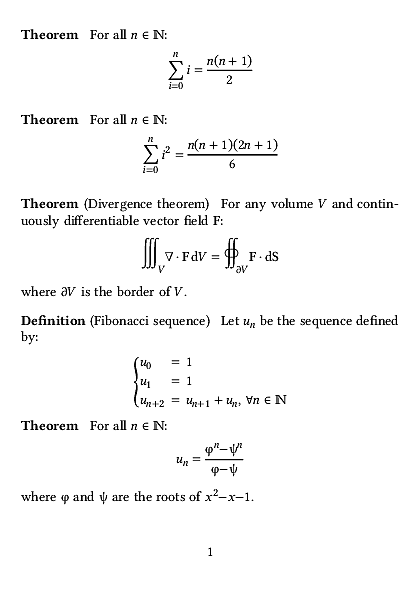 Version v0.11.1 of SILE has been released and is available for download! See the included CHANGELOG.md or review the commit history for more explicit details.

Today’s small patch release is mostly to help out downstream packagers with some small issues that cropped up. First it’s a stab in the dark hoping we made things easier to get Homebrew packaging working on ARM based macOS. Secondly we added a build time check for git, which is required in order to use SILE’s internal package manager. This dependency may change in the future, but since we use it now it’s helpful that system compatibility is checked at build time. Lastly we fixed up some internal usage of an API we deprecated 6 releases ago and documented as going away in v0.11.0, but forgot to stop using ourselves. Notably the French language support module was affected.

Version v0.11.0 of SILE has been released and is available for download! See the included CHANGELOG.md or review the commit history for more explicit details.

This release brings a significant fix to the vertical grid typesetting system that was causing extra full grid spaces between paragraphs where they didn’t belong. The new behavior is objectively more correct, but it does break previous workarounds. If you previous used a workaround to get the right output in spite of the bug, those documents may not render incorrectly. They can be fixed by removing whatever other workaround was in place or adding a shim that makes the paragraph spacing emulate the old behavior. Some utility functions also received bug fixes. Thanks to contributor Fredrick Brennan, color fonts now behave themselves much better in TTB layouts and the counter display style Alpha works as documented.

Not much has been added on the feature front, just a few conveniences such as traditional units of (small) measurement and handling more attributes in documents converted via the Pandoc writer (as-yet unreleased).

Beginning with this release Docker images will now be available from GitHub Packages (also known as the GitHub Container Registry). This is an alternative to Docker Hub which has recently started limiting the features available to open source projects.

Our “official” Ubuntu PPA with prebuilt SILE packages –including all the dependencies missing from the base Ubuntu package set– fell a little bit behind last month. In fact it never got updated with the SILE v0.10.14 release. It has been revived and is now up to date with v0.10.15 packages.

As before, both of the last two major LTS releases are supported: Bionic Beaver (18.04) and Focal Fossa (20.04). In addition, as of today the distribution coverage has been expanded to cover both of the currently active short term releases. We were late getting on the ball with Groovy Gorilla (20.10) and it is already nearing the end of its short lifespan but if you are using it, SILE packages are available. To make up for the tardyness we’re early with Hirsute Hippo (21.04) support and SILE packages are available for it now — even ahead of it’s official release in April.

Usage is the same as before for all distros:

The two latest distros Groovy and Hirsute should support Lua 5.4 as well. If you encounter any trouble with any of these packages feel free to open a new issue report on our GitHub tracker.

Lastly if anybody knows their way around Launchpad and Ubuntu package devoplement and is interested in helping automate and maintain the packaging, we’re willing to accept help. Maintaining packaging for distros we don’t use personally is quite a bit of mental overhead.

Version v0.10.15 of SILE has been released and is available for download! See the included CHANGELOG.md or review the commit history for more explicit details.

This release fixes a couple of regressions and adds a couple small features. On the regression front, access to the interactive prompt has been restored and the table of contents metadata in PDFs is properly encoded again. For new features, COLR fonts are now automatically detected and the necessary support package is loaded when they are used, a new package allows spaces to be drawn using font-provided glyphs rather than assuming empty space, and another new package allows access to OpenType font features through more verbose fontspec names rather than their OpenType feature code names.